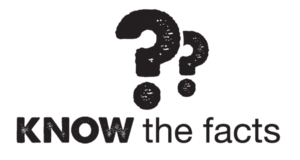 When planning a commercial construction project, whether it’s an interior renovation, a tenant finish-out, or a completely new building, an owner must make certain decisions even before thinking about the plans. Every project includes similar needs for architectural drawings, permits and approvals, developing a construction timeline, analyzing and forecasting costs, and arranging for supervision and oversight. What makes each construction project unique is how these needs are handled. There are many variables, and construction is not an exact science. In the United States, the typical model for corporate clients has been that of “Design-Bid-Build,” but there is a movement, even by municipalities and government entities, toward a newer method of project delivery, design-build, that integrates functions of the designer or architect with those of the contractor. The effect is to simplify the process, build better working relationships and assure better control. Proponents note that benefits include a shortening of the building timeline, enhanced communication and coordination between the builder and the client and, perhaps most importantly, greater efficiency and cost savings.

Design-Build is not a panacea for construction problems. There are some instances where it is not a workable solution. But there is a growing recognition that both architect-led and contractor-led design-build projects are worthy of consideration and constitute a viable alternative for tenant improvement jobs as well as for new construction.

First, it’s important to understand the terms and be aware of the differences between the two project delivery models. Then each project and each alternative can be evaluated on its own merits. 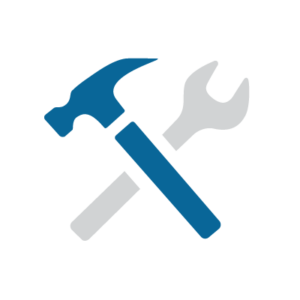 The traditional form of construction in the United States, Design-Bid-Build perfectly describes what happens. An owner interviews and signs separate contacts with both the designer and with the builder. On large commercial projects, designers are commonly licensed architects who charge a fee for their work; the builder is typically a licensed or experienced general contractor who may or may not be recommended by the architect.

Once final plans are ready, competitive bids are typically solicited from at least three general contractors, who, in turn, have the option of seeking competitive bids from various subcontractors as well as pricing general labor and specified materials. Owners normally have options regarding timing and bid acceptance, or they might reject all submittals. Some

bidding situations require that the job be awarded to the lowest bidder, but often the final contract is open to negotiation, and there are almost unlimited options for how the job proceeds from this point.

In some cases, the architect is involved throughout the course of construction; at other times, a construction manager is employed to monitor on-site activities, assuming scheduling duties and approved payments. In a third scenario, the owner shoulders all supervisory duties.

Although traditional design-bid-build projects are viewed as a way to keep costs low because of the competitive nature of bids, the time factor sometimes adds costs as well as complexity. Drawings and specifications must be complete before they are released for bid, and because numerous individuals are involved throughout the course of design and construction, there is room for misunderstanding and occasional dispute, even though there are built-in safeguards against errors.

When time is of the essence, brokers might suggest the more streamlined alternative: 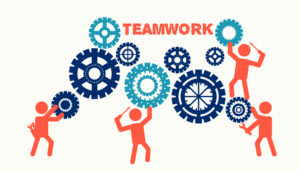 Actually, the name is a bit misleading; with this type of project delivery, the bidding phase is not necessarily eliminated. Design-build-Firms, however, tend to rely on a team that includes designer-architect, engineering professionals and other specialty contractors, the general contractor and perhaps even specialty subcontractors.

Advantages include input — from the very beginning — from the variety of professionals whose expertise influences overall project success. Design-builders employ an integrated approach, tend to emphasize a cohesive approach, and factor in costs and timeliness in an extremely effective manner. In effect, the design-build team “partners” with the owner to assure that the design is efficient, that there are no impediments to actual construction, that materials are appropriate, and that  deadlines are met.

There is one person — or a small team — with supervisory control from initial idea to actual completion. Total accountability rests with only one entity, and continuity is assured.

The efficiency quotient of the design-build model is acknowledged by professionals in the field as well as researchers. Statistics from research at Penn State University confirmed that, compared to traditional design-bid-build, owners are able to reduce risk by moving to the design-build model, particularly when the build schedule is critical and when the budget has not yet been determined. 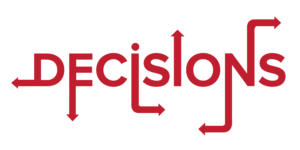 In general, simple projects and tenant improvements with a relatively short timeline can be reliably designed, bid and completed in the traditional way. The familiar procedures work well for specialty office and retail space, or for medical facilities, because there may be limited availability of designers, contractors and engineers in specific fields. Competitive bidding, and can result in lower costs and high-quality work.

However, property managers who work with multiple vendors, building owners with a desire to establish relationships with responsive “team players,” and industrial clients who count quick turnaround time as an imperative can be well-served by taking a closer look at the benefits of working with a design-build firm.

Building a team in a multi-disciplinary field like commercial construction is no easy task. Design-build firms take that responsibility seriously, and work hard to earn the trust of both subcontractors and owners alike.

A large part of the success of the design-build model is predicated on the recognition that all parties have a vested interest in success. The teamwork that is the hallmark of design-build is built on communication, a goal-oriented approach, mutual respect, a can-do attitude, and a focus of solutions rather than impediments. Design-build can be like a well-oiled machine, assuring that each step of the project builds seamlessly on the previous.

Even though cost can never be considered insignificant in terms of building construction or tenant improvements, perhaps the more critical drivers are management concerns, timing and overall risk.

If those are your concerns as well, why not contact us to discuss what we can offer, both in terms of design-build and the more traditional method of design-bid-build. If you are looking for a results-oriented professional contractor, let M.A.Nourse.Inc, outline the options available for your upcoming project.

Get a Quote
How To Pick A Commercial GC 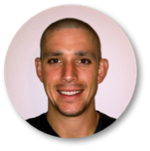 At M.A. Nourse, we leverage decades of knowledge and experience to provide more detailed and accurate estimates, so that our clients can feel confident that their projects will be completed on time and on budget.

There are many variables, and construction is not an exact science. In the United States, the typical model for corporate clients has been that of “Design-Bid-Build,” but there is a movement, even by municipalities and government entities, toward a newer method of project delivery that integrates functions of the designer or architect with those of the contractor. The effect is to simplify the process, build better working relationships and assure better control. Proponents note that benefits include a shortening of the building timeline, enhanced communication and coordination between the builder and the client and, perhaps most importantly, greater efficiency and cost savings.

When the Green Building Council was founded a quarter century ago, few people at the time could imagine the effect it would have on building and design standards of the future. Today, a network of more than 70 councils across the globe continues to promote...
Read More

How to Ensure a Smooth Running Commercial Construction Project

Because there are so many variables, it is not uncommon for a commercial construction project to extend beyond the scheduled completion date and cost more than the initial bid. Counteracting the detrimental effects of cost overruns and time delays requires two...
Read More

5 Phases of Construction: Understanding the Importance of Each Step

Beginning with the initial idea, every commercial construction project follows a logical progression. The timeline can be relatively short in some cases, or it may stretch over many months or even years. Many large projects face multiple revisions as the real estate broker, architect, engineer, general contractor, and subcontractors and vendors work together to move from planning stages through project launch, actual building phases, and final inspections.